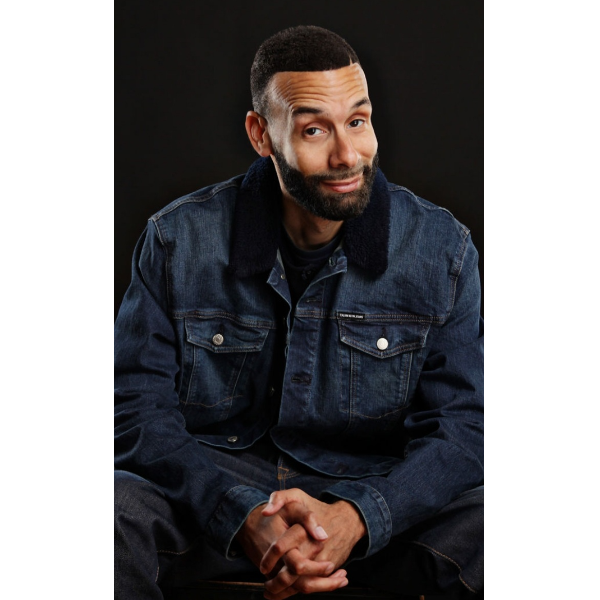 Renard Hirsch is one of the most versatile performers in the entertainment industry.After graduating high school Renard continued his education at Tennessee State University where he fell in love with the world of theater, His previous theatre performances include,A Raisin in the Sun (George/Moving Man), Seven Guitars (Red Carter), Blues for an Alabama Sky (Dr. Sam Thomas), The Piano Lesson (Doaker), and Waiting to End Hell (Alvin).As a poet Renard has been featured on numerous recordings and at spoken word events and has recently released a comedy/poetry album called “Cometry”.His film credits include The Green Mile, The Civil Brand, Drumline, Lincoln Heights, Hancock, Love, Life, and Hollywood, and Love at the Christmas Table.In the world of radio he has been heard as a guest on WFSK, 92Q, 101.1 The Beat, and Get Up Mornings with Erica Campbell. After working as an actor Renard learned the true art of performance and was encouraged by many of his friends to attempt stand up comedy. As a stand up comedian, Renard has performed at the World Famous Laugh Factory, The Comedy Store, Zanies, Improv, Sidesplitters, Ha Ha’s Comedy Café and StandUp Live.As a comic he has appeared on BET’s “A Time to Laugh” “Comedy Night at Music Village”, Nephew Tommy’s Uncontrolled Comedy, Stand Up Nashville, Thicker Than Water, and Get Up with Erica Cambell. Renard has shared the stage with Comedy Legends such as Bruce Bruce, Rodman, Jim Breuer, Deon Cole, Sommore, Arnez J, Kevin Hart, and the late Dick Gregory.Renard is the head of RedCarter Booking, a comedy booking service for comedians. He also performs as a comedian in residency at the Joker’s Comedy Club in the Atlantis Hotel every year. Renard’s style is very versatile, he can reach any audience, whether he is telling jokes in the smallest hole in the wall club or in church, he can reach you wherever you are.

Born and raised in Nashville, TN Mike James was put on earth to make people laugh. With his improvisation skills and over-exaggerating brand of comedy, Mike has quickly become one of Nashville’s hottest acts. He often uses his experiences as a father, a husband, and a generally very confused man to relate to his audience in a hilarious montage of miscommunication and everyday observations. His TV appearances include Gothom Live on Comedy Central and Standup Nashville on the Circle Network. Mike has opened up for various national headliners including , Godfrey, Loni Love, Ralphie May, Rosie O'Donnell, Arsenio Hall, Earthquake, Gilbert Gottfried, and Kevin Hart to name a few. Working with such greats has given Mike a greater understanding of what it means to be a comedian. "Over the years I've learned to appreciate every moment onstage. I've learned not to do comedy, but to live comedy. Life is short, but laughter is eternal!"